A Good Time For The Great Taste

Me: Know what would be cool? McDonald's die-cast character figurines! 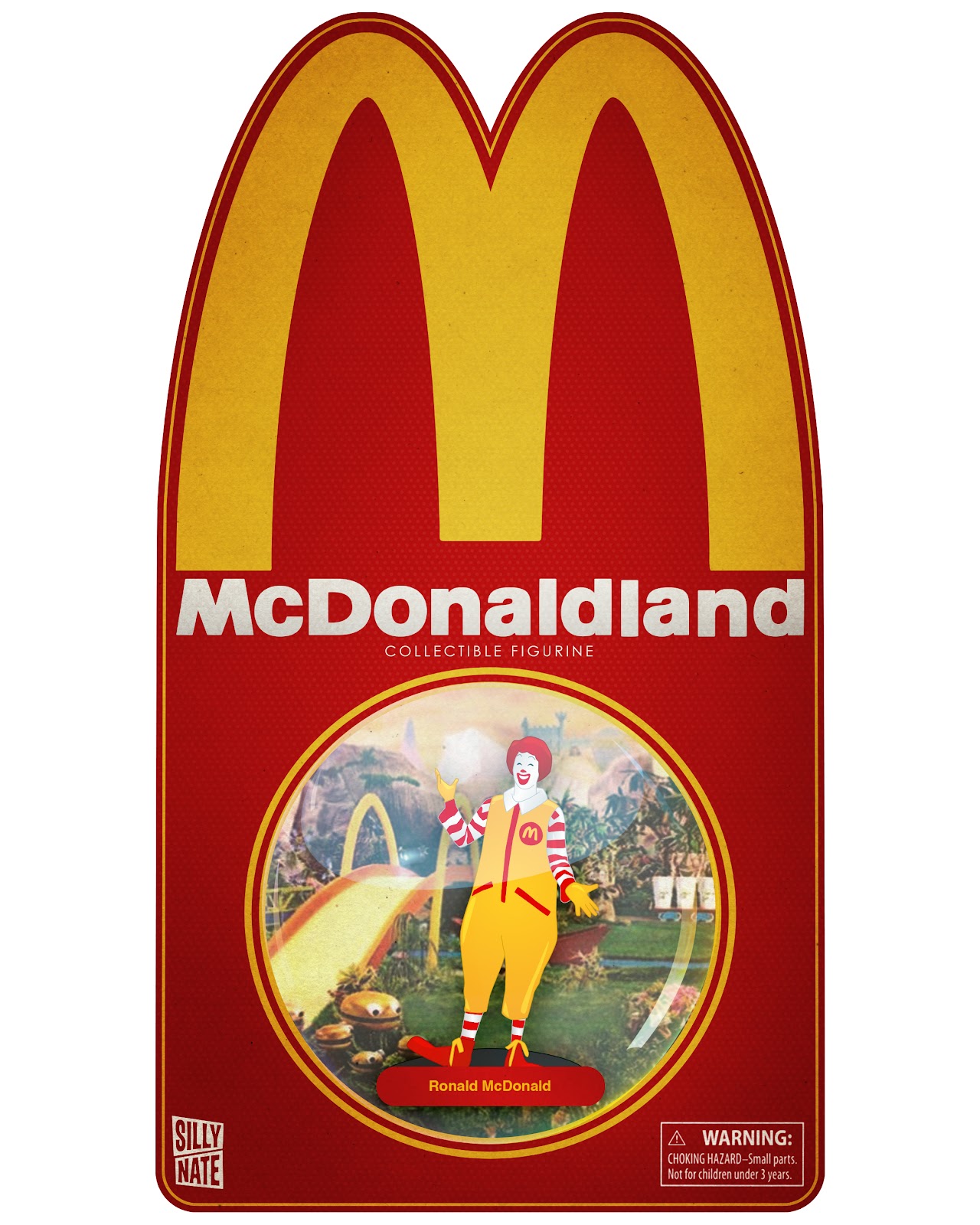 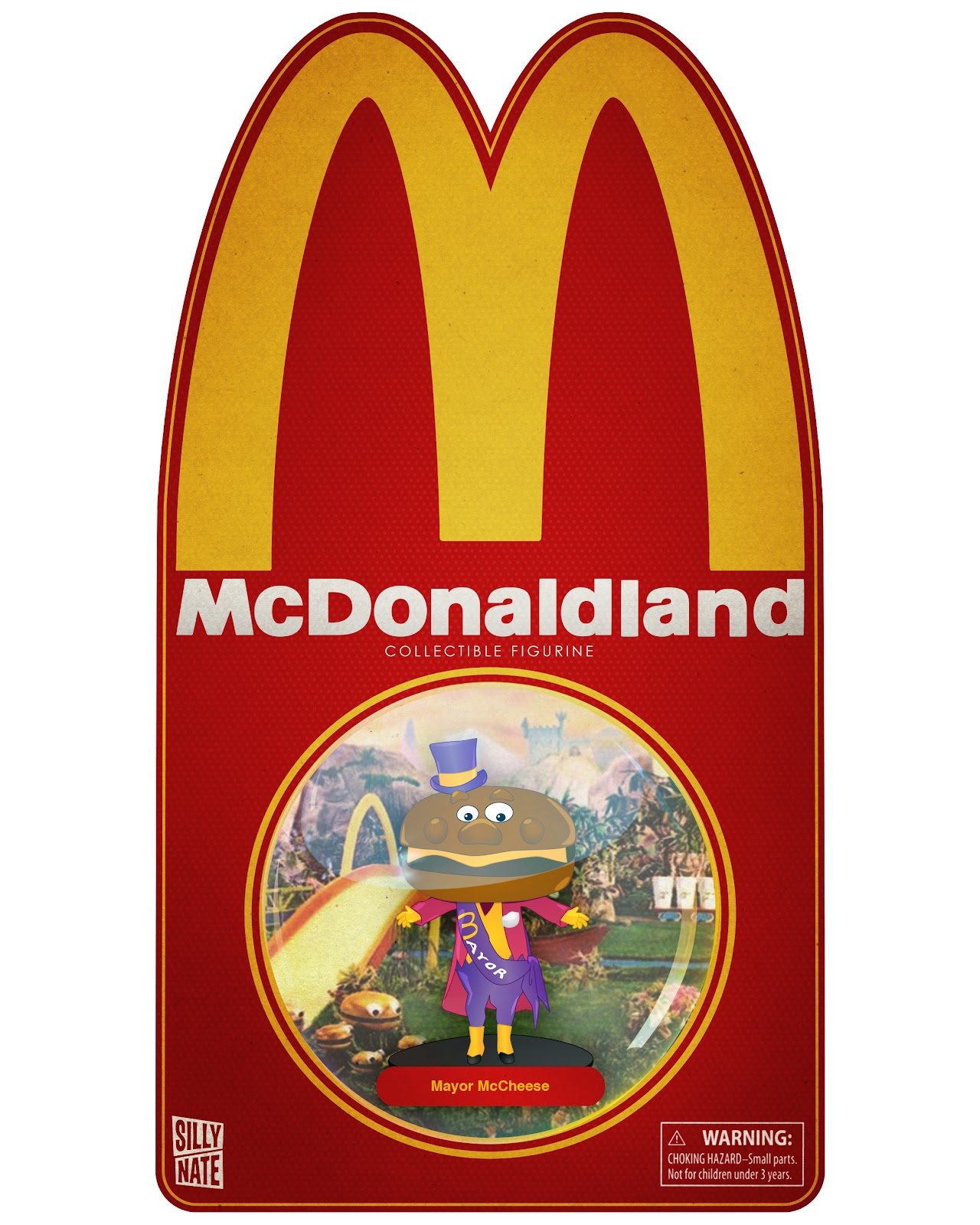 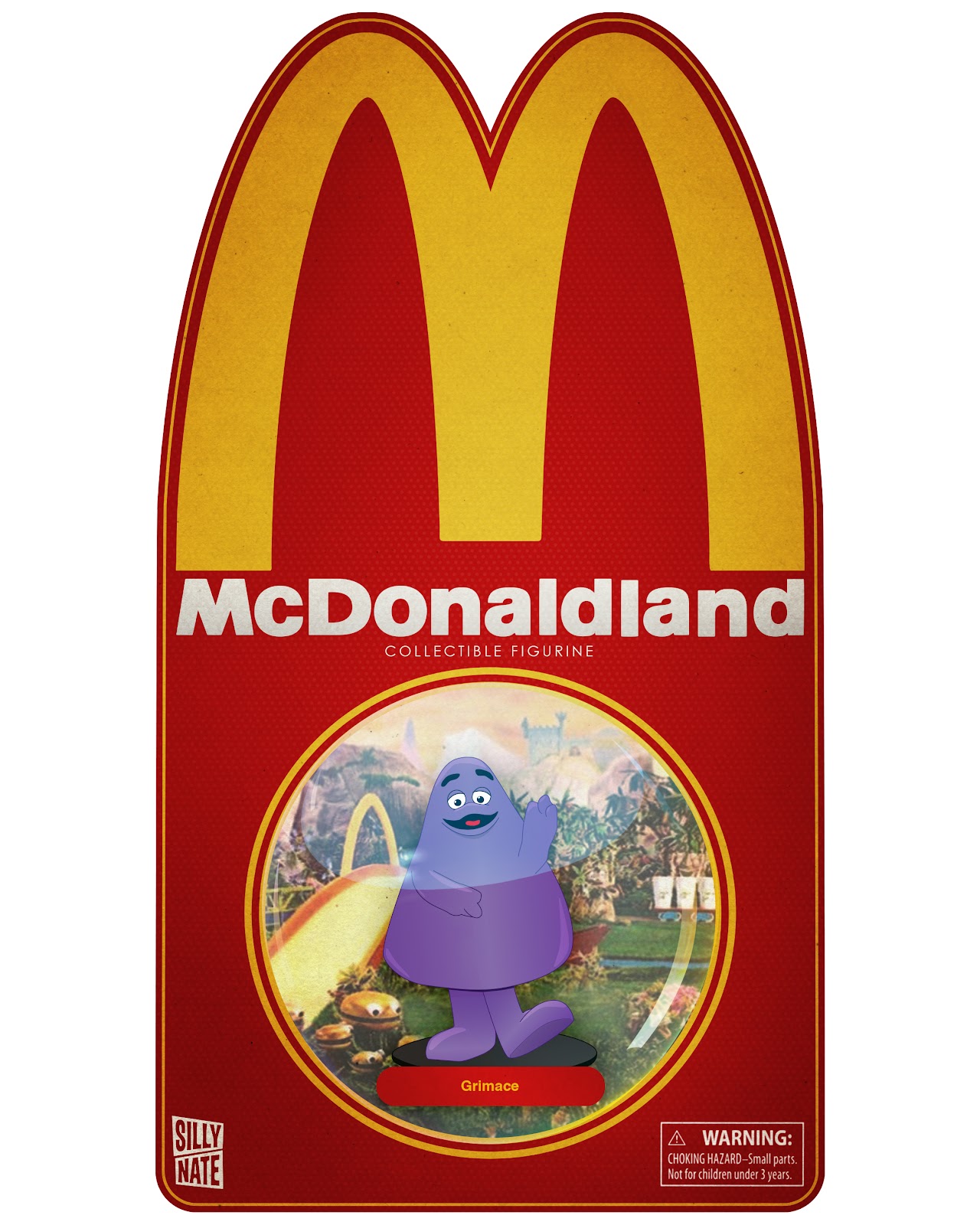 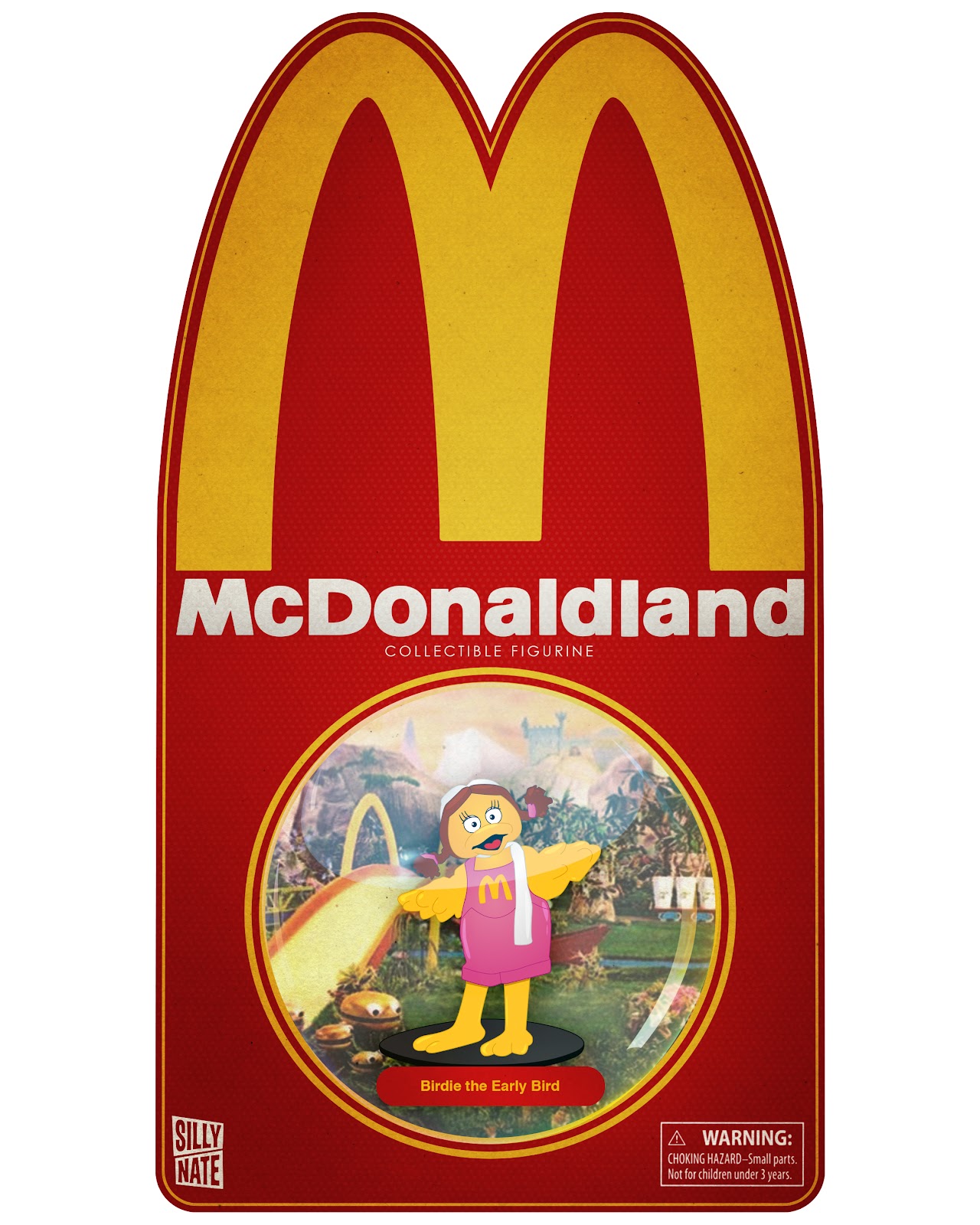 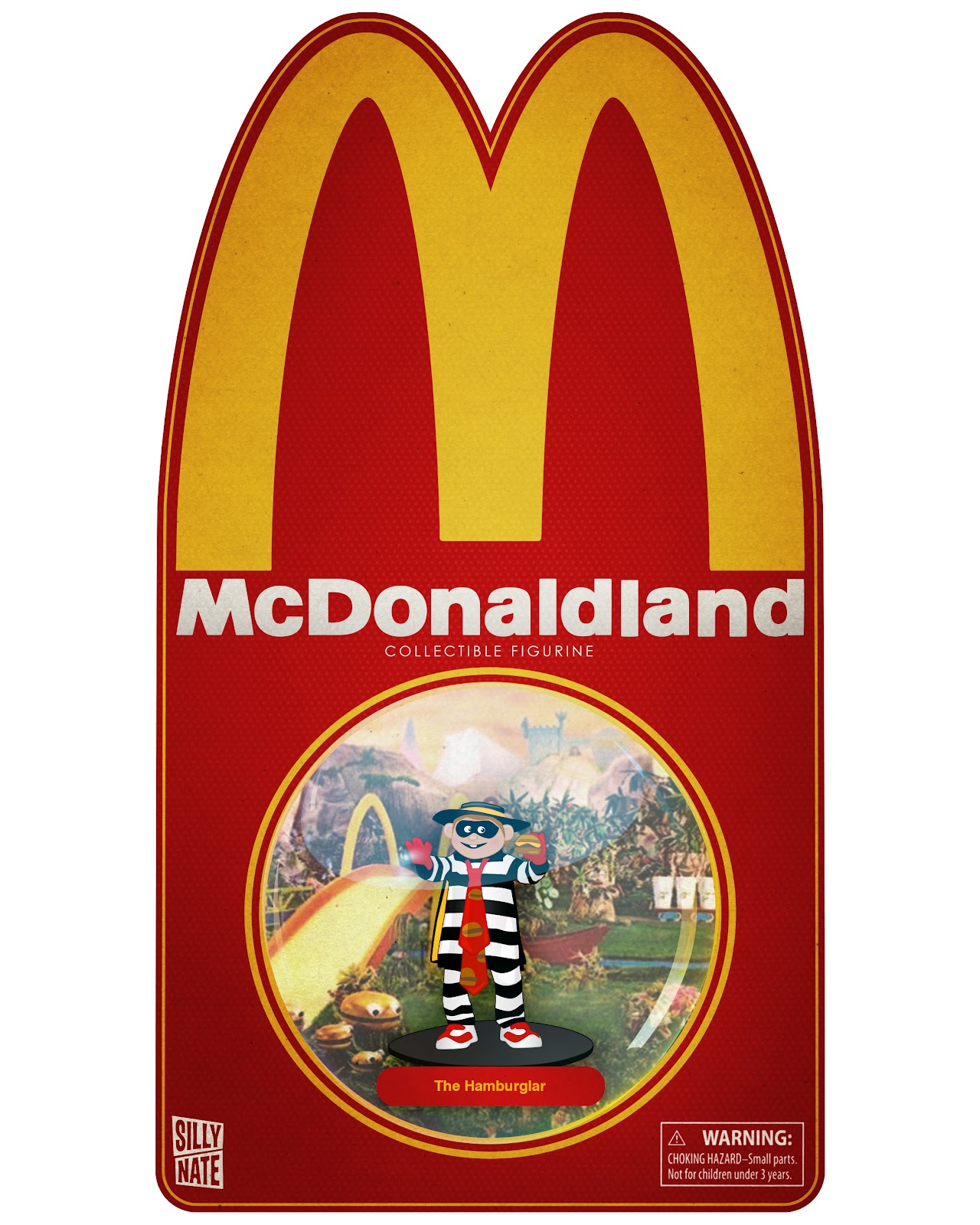 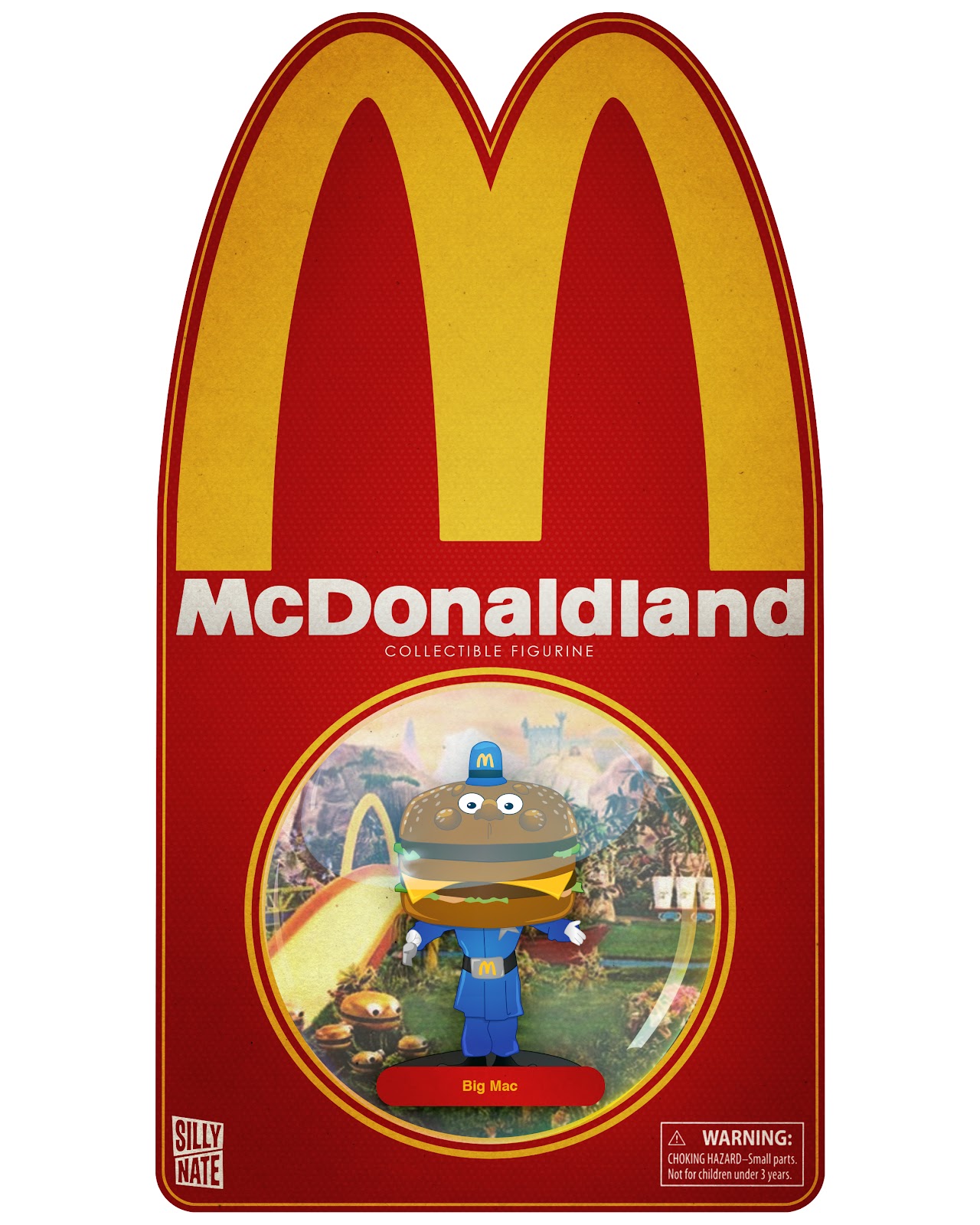 Here's a shout out to all the dads out there, including these guys who help raise my kids.

All Aboard The Halcyon! - Part Three 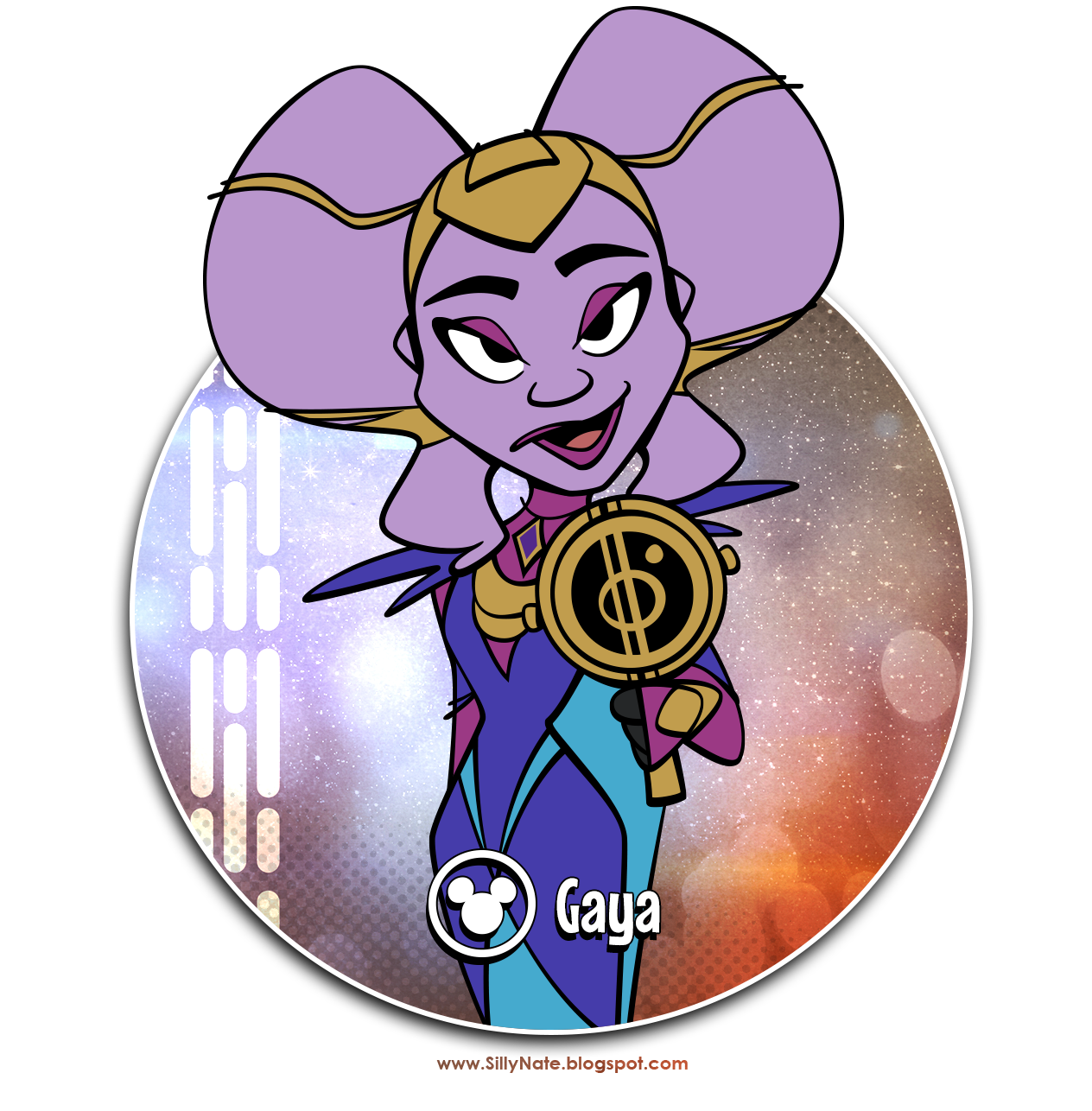 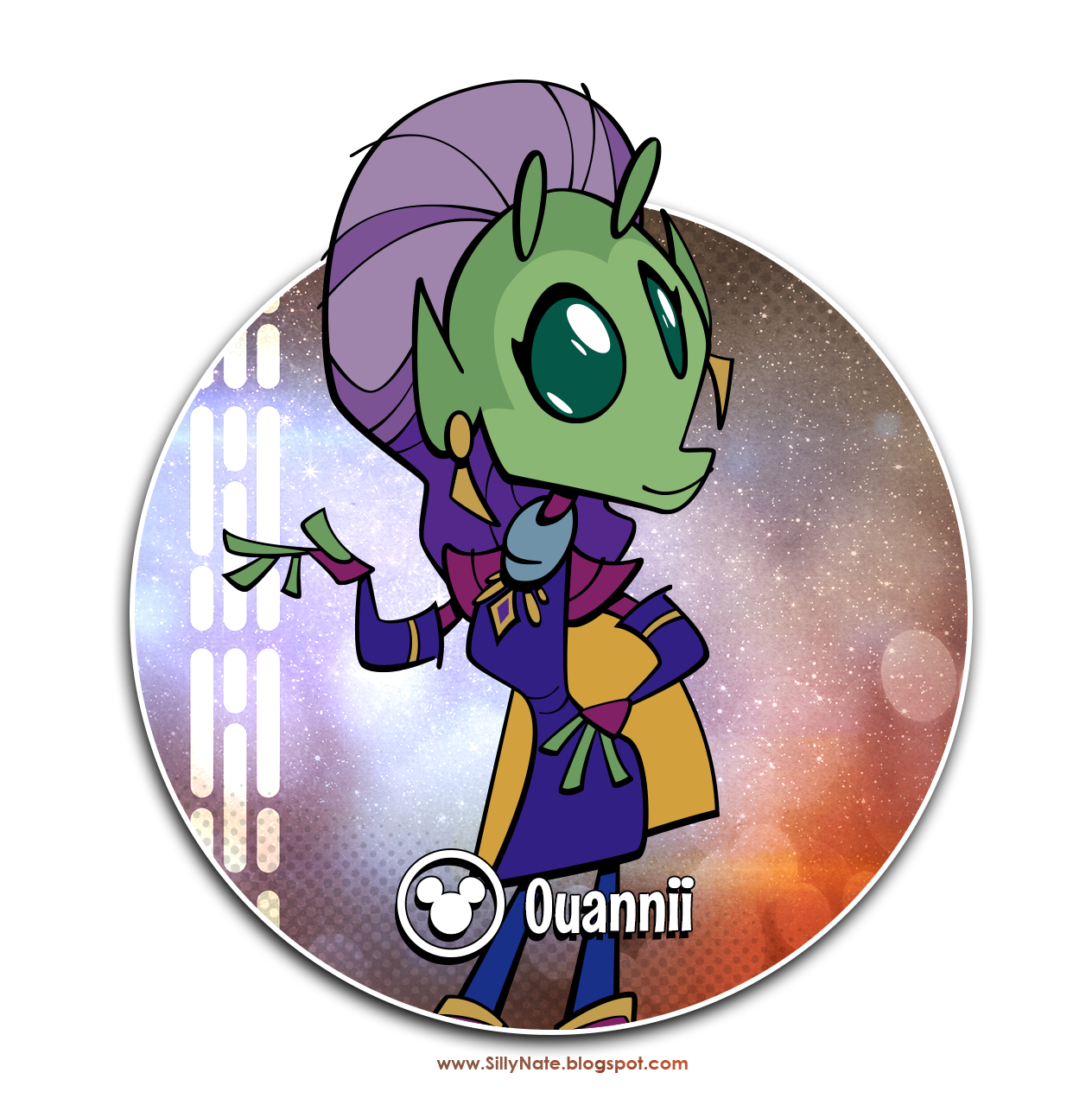 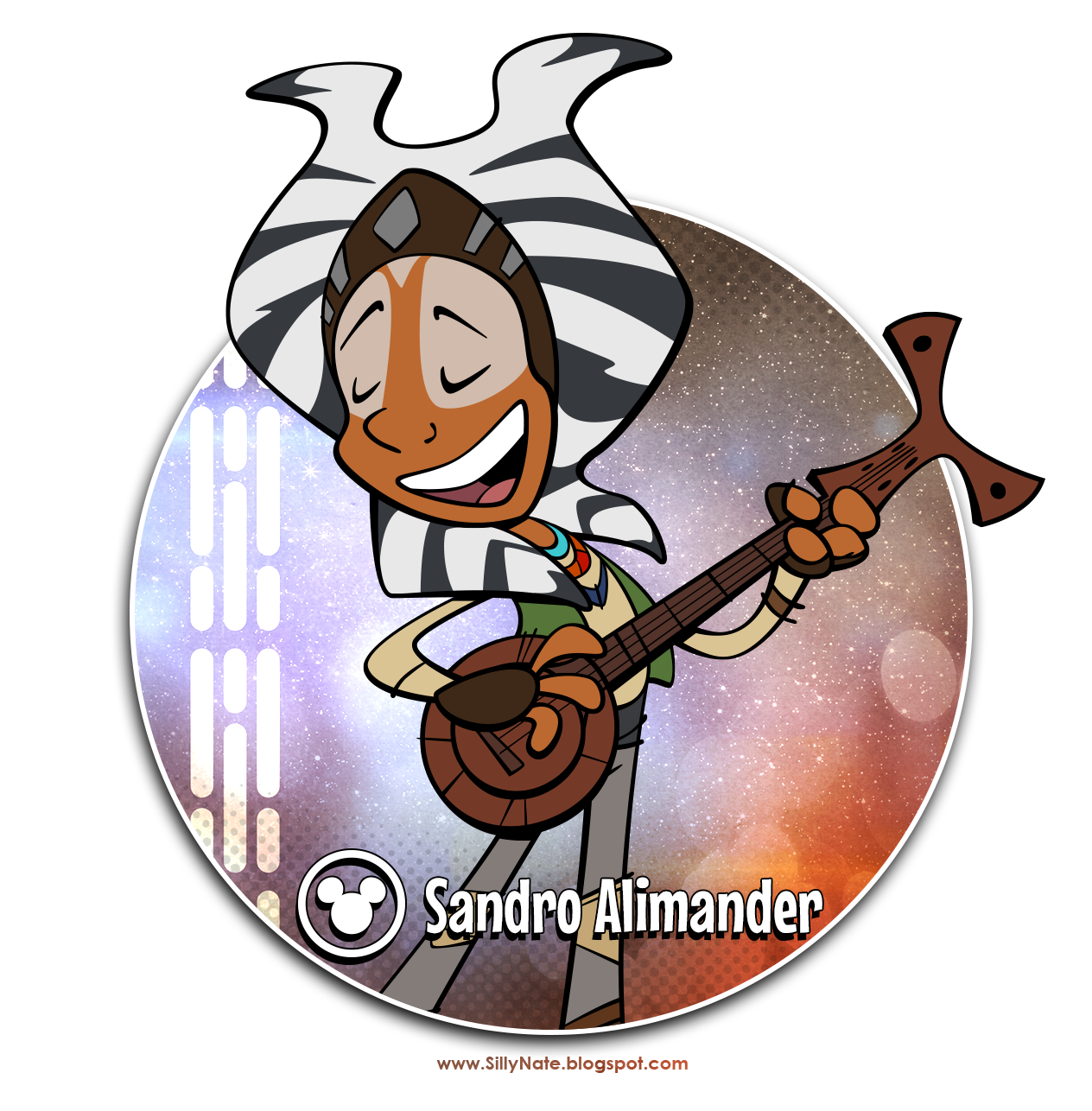 All Aboard The Halcyon! - Part Two

Happy Star Wars Day everyone! May the Fourth be with you! 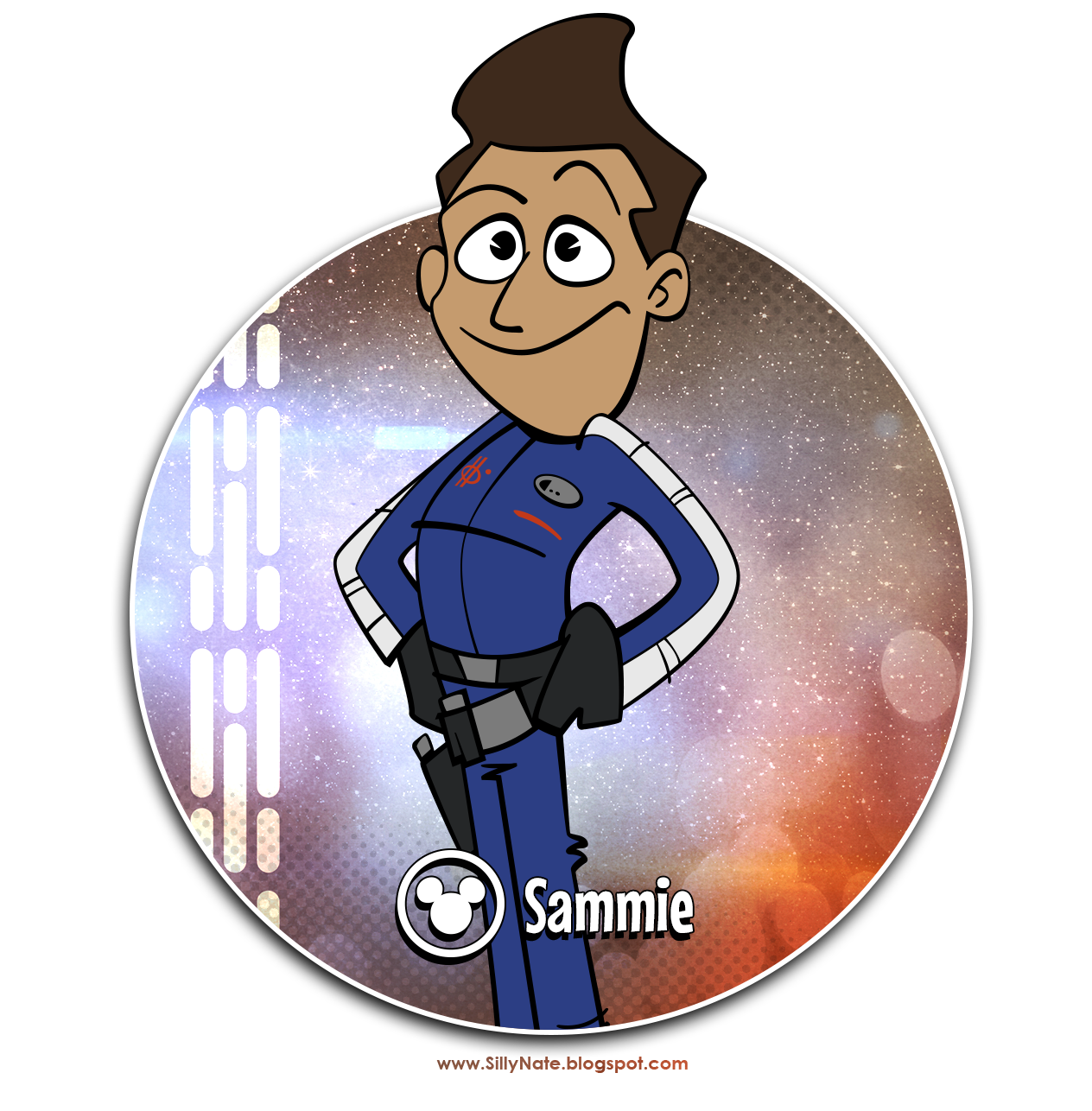 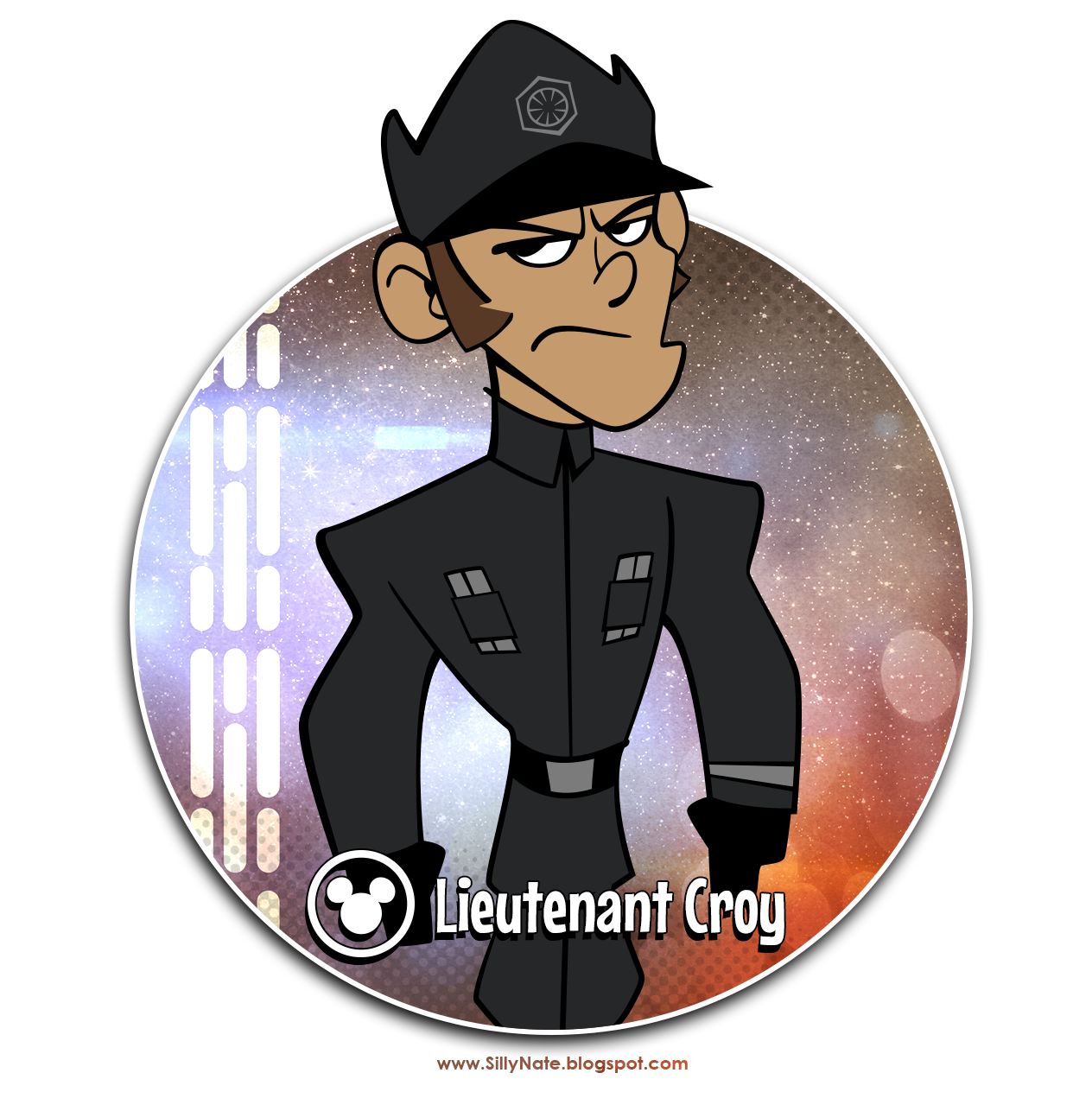 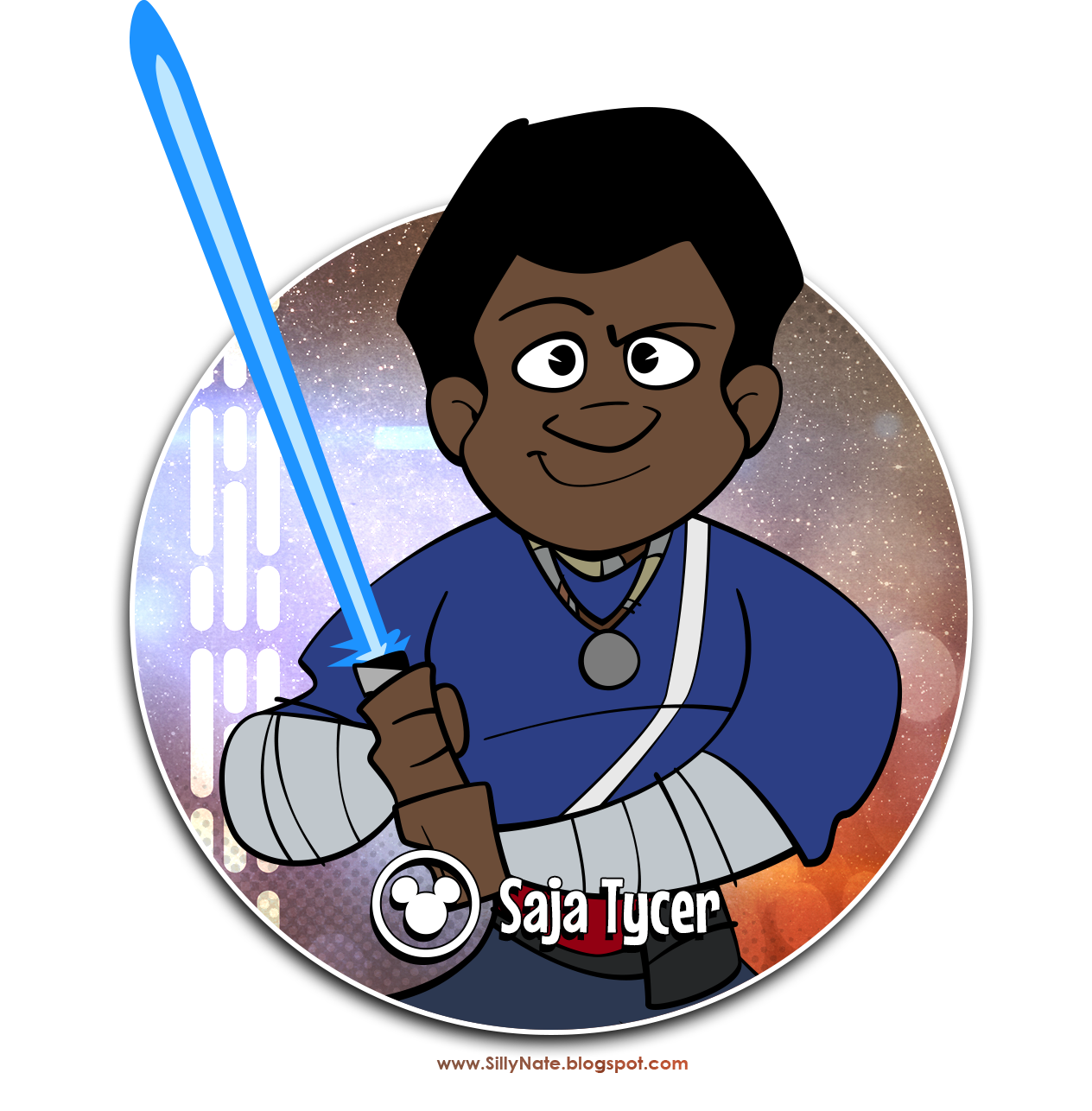 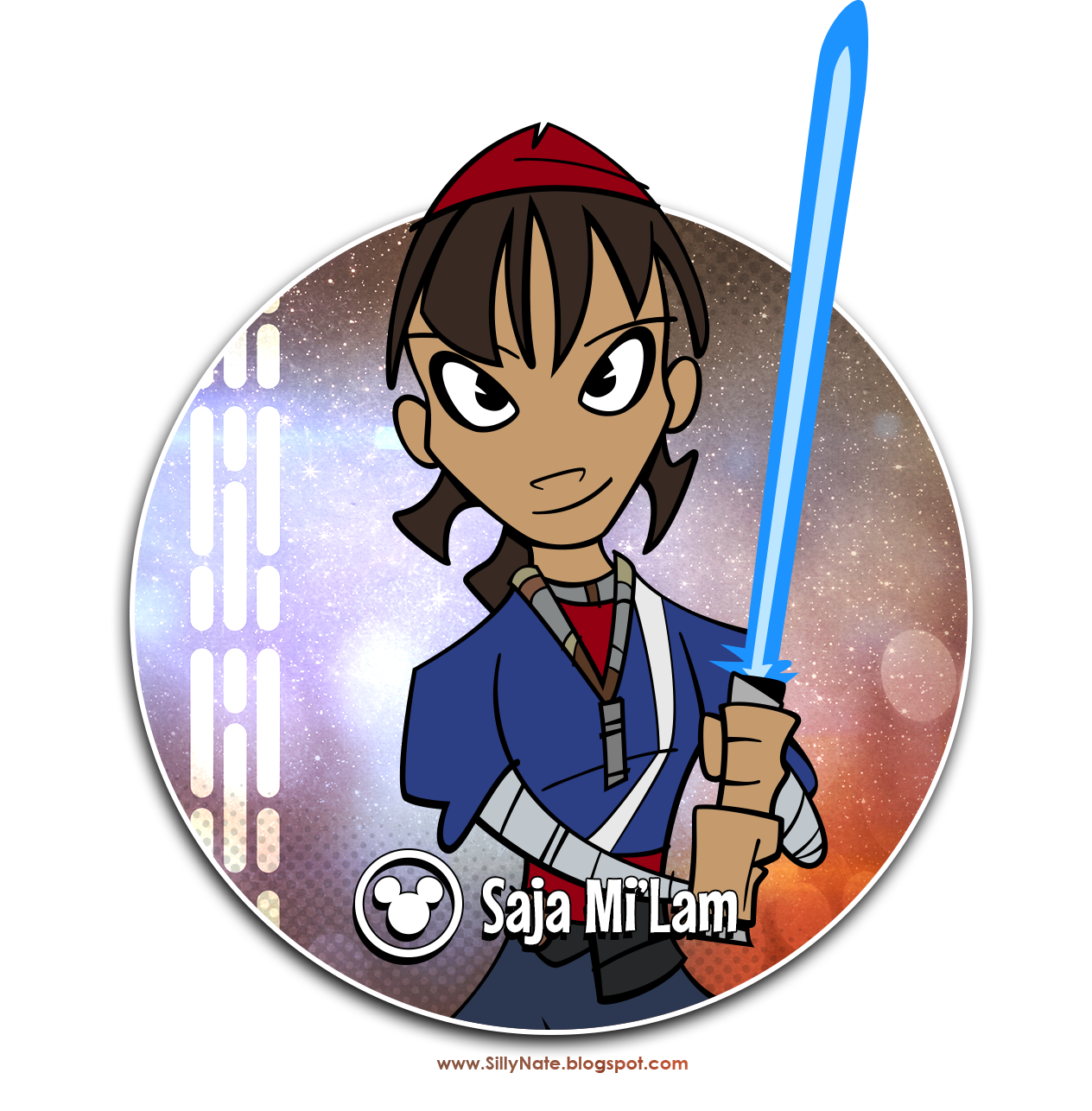 All Aboard The Halcyon! - Part One

Walt Disney World recently opened what they're calling the Star Wars Galactic Starcruiser.  This new attraction is designed to make you feel like you're on a luxury cruise ship IN THE STAR WARS UNIVERSE! It's not a typical resort... but it's not really a cruise either. It's its own brand new thing.

Regardless of how you choose to label it, it's definitely chock-full of new characters that are just perfect for the Park Pals treatment! Here's just a few. Stick around because there's more to come. 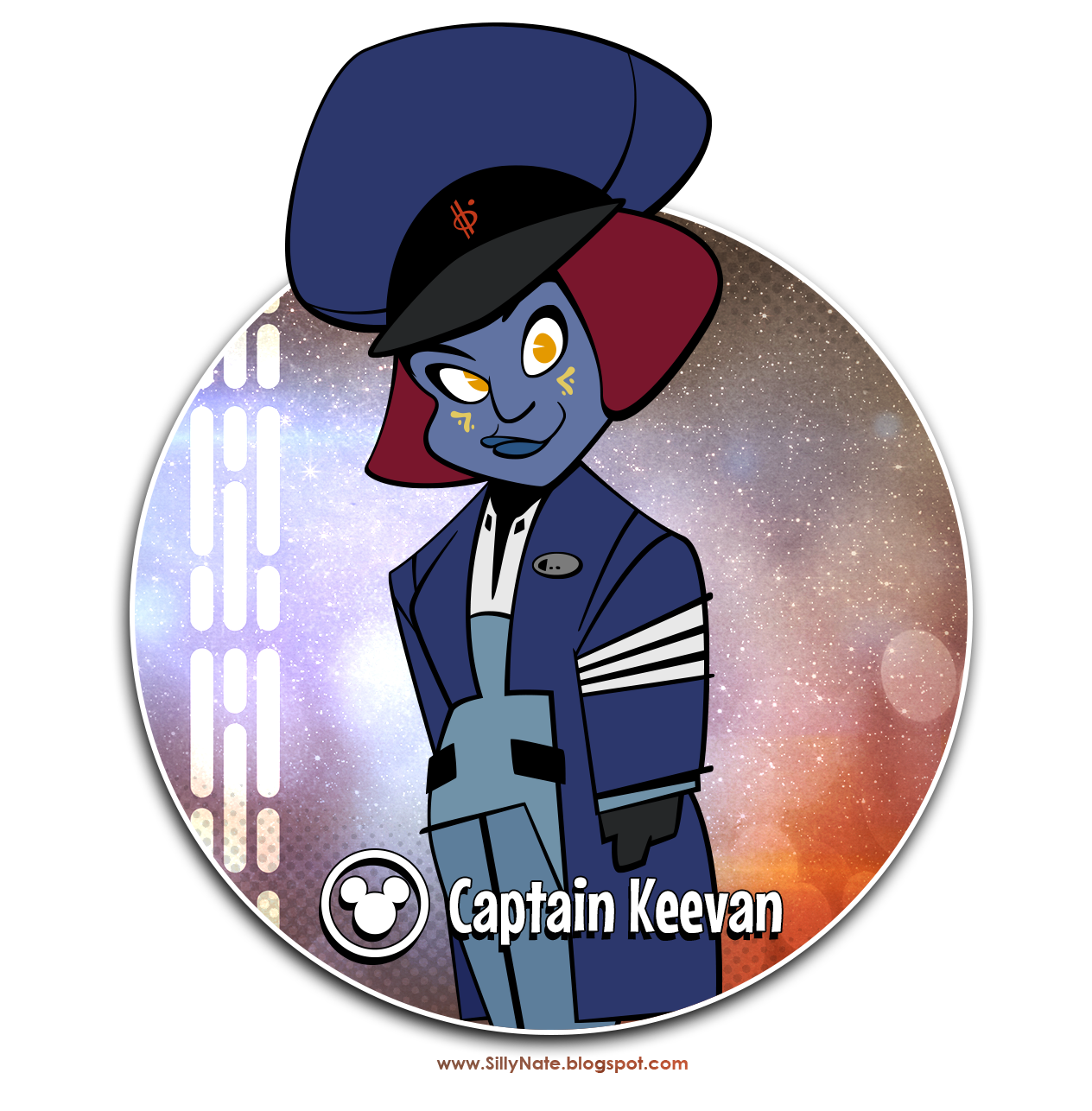 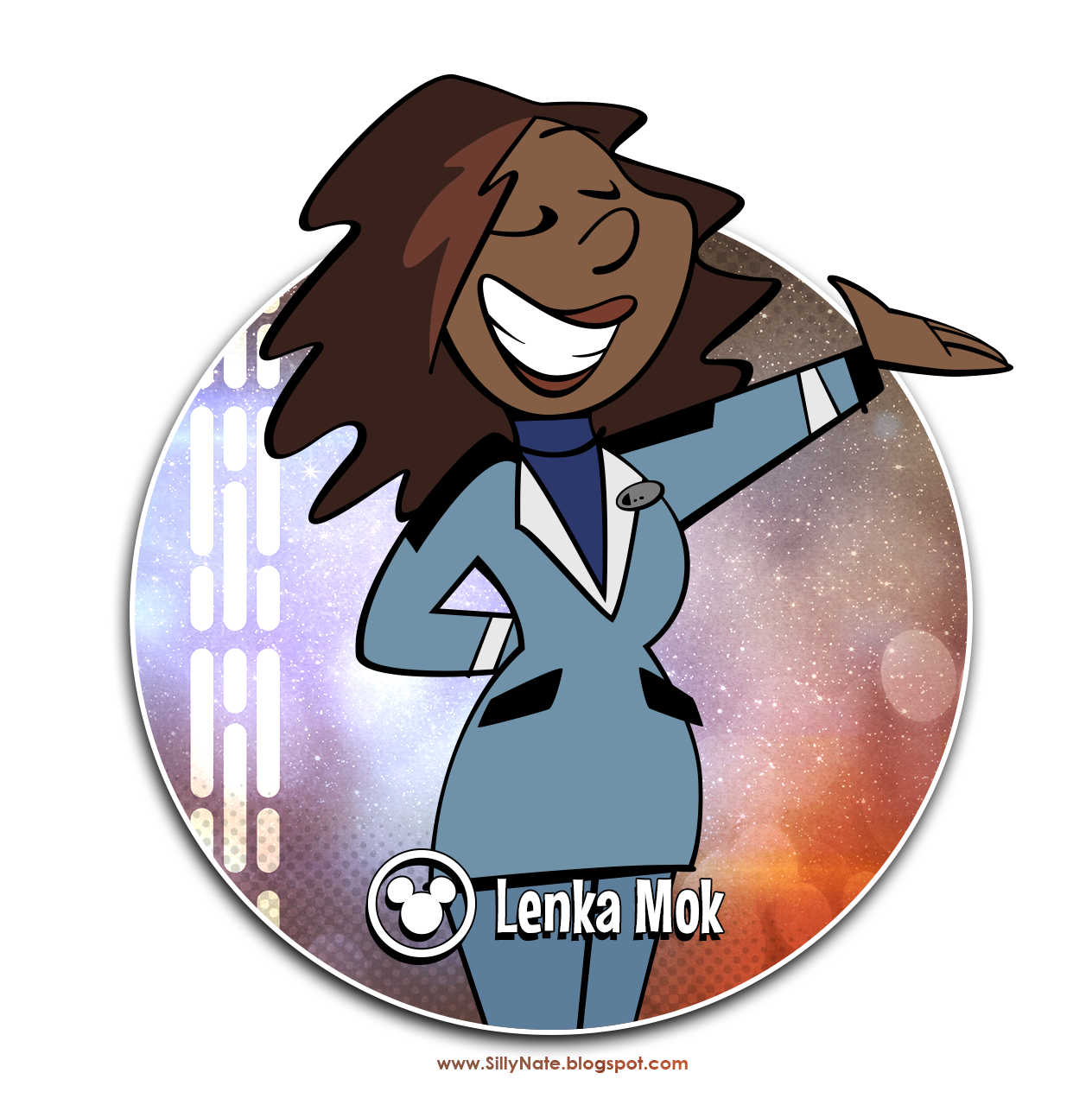 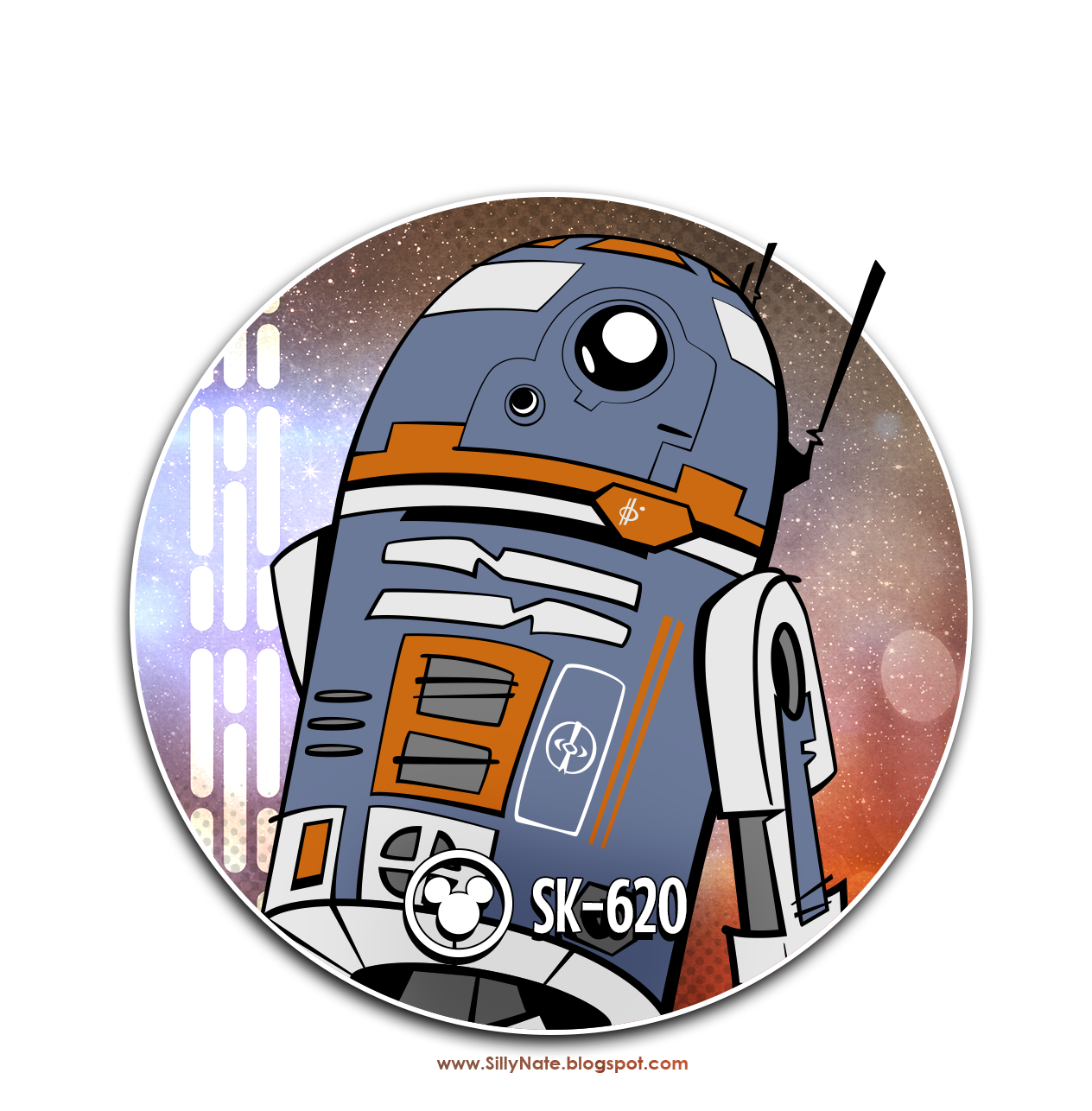 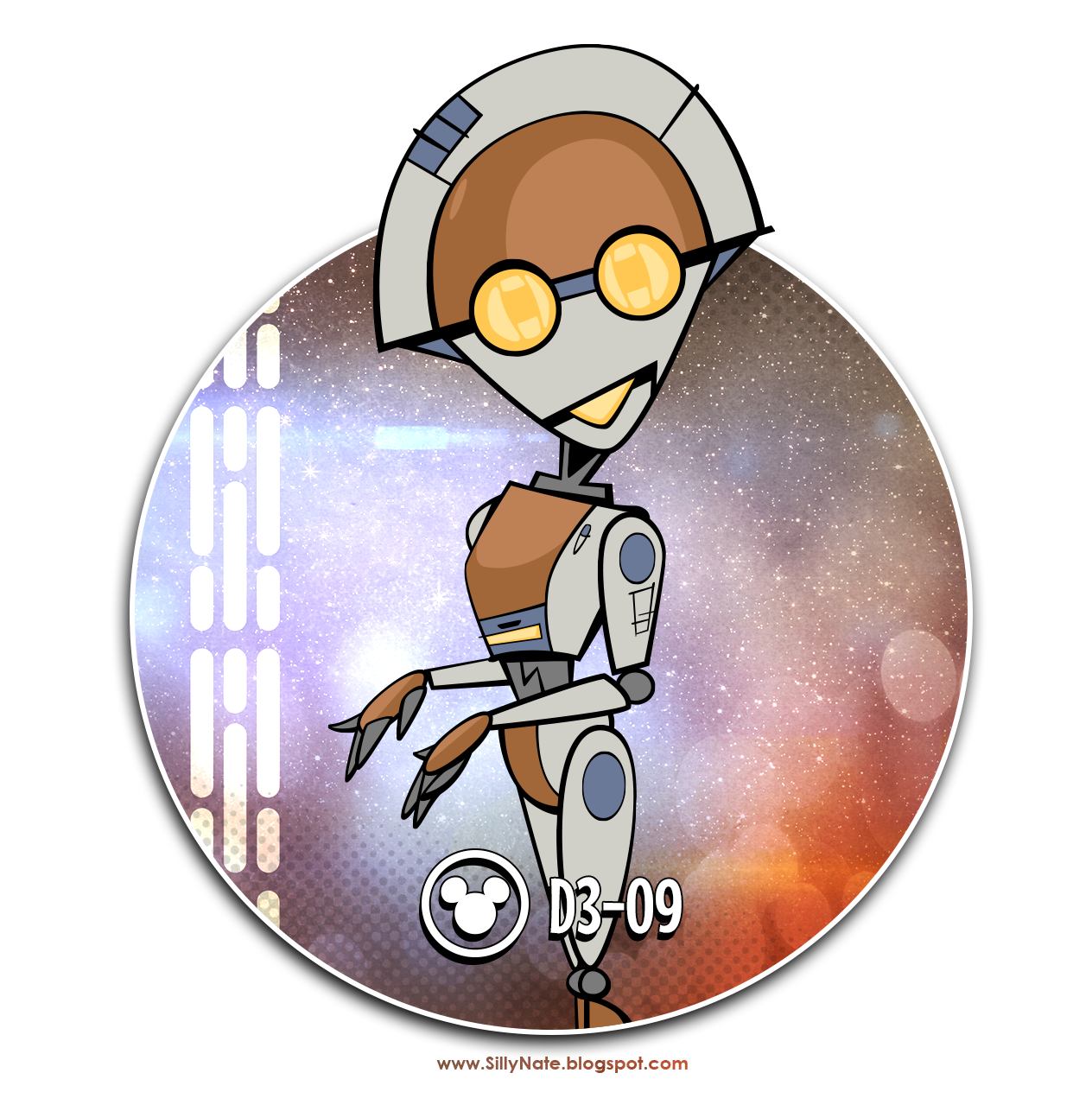 It’s time once again for the Saturday Morning Kablama Slam! Today’s cartoon certainly needs no introduction…
So…
…
The Premise: Just like the title says, four TURTLES who also happen to be TEENAGERS, MUTANTS, and NINJAS protect New York City from the forces of the evil Shredder and his “Foot Clan.”
This is definitely the most popular show I’ve talked about so far in this thing, so it’s going to be difficult to say anything that hasn’t already been said by someone else. Then again, what am I, Hot Take Harry over here, certifying every single utterance as 100% FRESH?!? Not at all!
Teenage Mutant Ninja Turtles was created by Kevin Eastman and Peter Laird. These were just two guys who, as I understand it, were just goofing around drawing one day and sketched up a little masked turtle wielding nunchucks. This very quickly turned into a comic book, which turned into a toy line, then a cartoon show, movie, video game, reboot, remake, reboot, and so on and so on until the very end of time itself. But that original Saturday morning cartoon? That’s where I was hooked.
Playtime as a kid was never the same after that. Before, if we were playing Batman, then every kid wanted to be Batman. If we were playing Peanuts, every kid wanted to be Snoopy. (Yeah. I played Peanuts. What of it?) Compromises had to be made, but then Eastman and Laird’s Teenage Mutant Ninja Turtles comes along and suddenly there were options! We didn’t all want to be the main character, because there wasn’t just one main character. This was a team of four different characters each equally matched in awesomeness. Although to say the Ninja Turtles were equals is NOT the same as saying they were all the same. In fact, anybody who did make the mistake of saying that was cancelled faster than a dissenting celebrity on Twitter. No! These were four individuals who, although practically identical in appearance, had distinct personalities… or rather… temperaments.
There’s Leonardo - Analytical, sensitive, the ideal leader.
Michelangelo - Enthusiastic, talkative, a party dude.
Donatello - Pensive, cautious, good with machines.
And Raphael - Passionate, aggressive, cool… but rude.
Get a load of me nersdsplaining all of this as if it wasn't a universal phenomenon that literally everyone knows about! Of course, as with all phenomenon, there were several attempts to mimic the success of Teenage Mutant Ninja Turtles, seemingly throwing random words together and cranking out a masculine-charged cartoon based on the result: Street Sharks, Biker Mice From Mars, Wild West COW-Boys of Moo Mesa… the list keeps going and keeps getting more absurd, all the while NEVER matching the appeal of the Ninja Turtles. I could be wrong though, but I don’t personally remember any kids on the playground discussing which Biker Mouse they most closely identified with.
And what I think is so great is that it’s all the product of two people just goofing around. They stopped “trying” for a second, and came up with one of the most successful franchises of all time! It’s kind of inspiring, if you think about it.
Oh! And it’s Donatello.
My favorite turtle is Donatello.

Kablama Slam! Fun Fact: The term “cowabunga” originated on The Howdy Doody Show as the nonsensical greeting of Chief Thunderthud, a character  who wasn’t… by today’s standards… in the best of taste.
No comments:

It's "First Contact Day," which as I understand it, is basically the Star Trek version of May the Fourth. In honor of such occasion, do yourselves a favor and run a Level One diagnostic on some this sweet fan art! Heh? 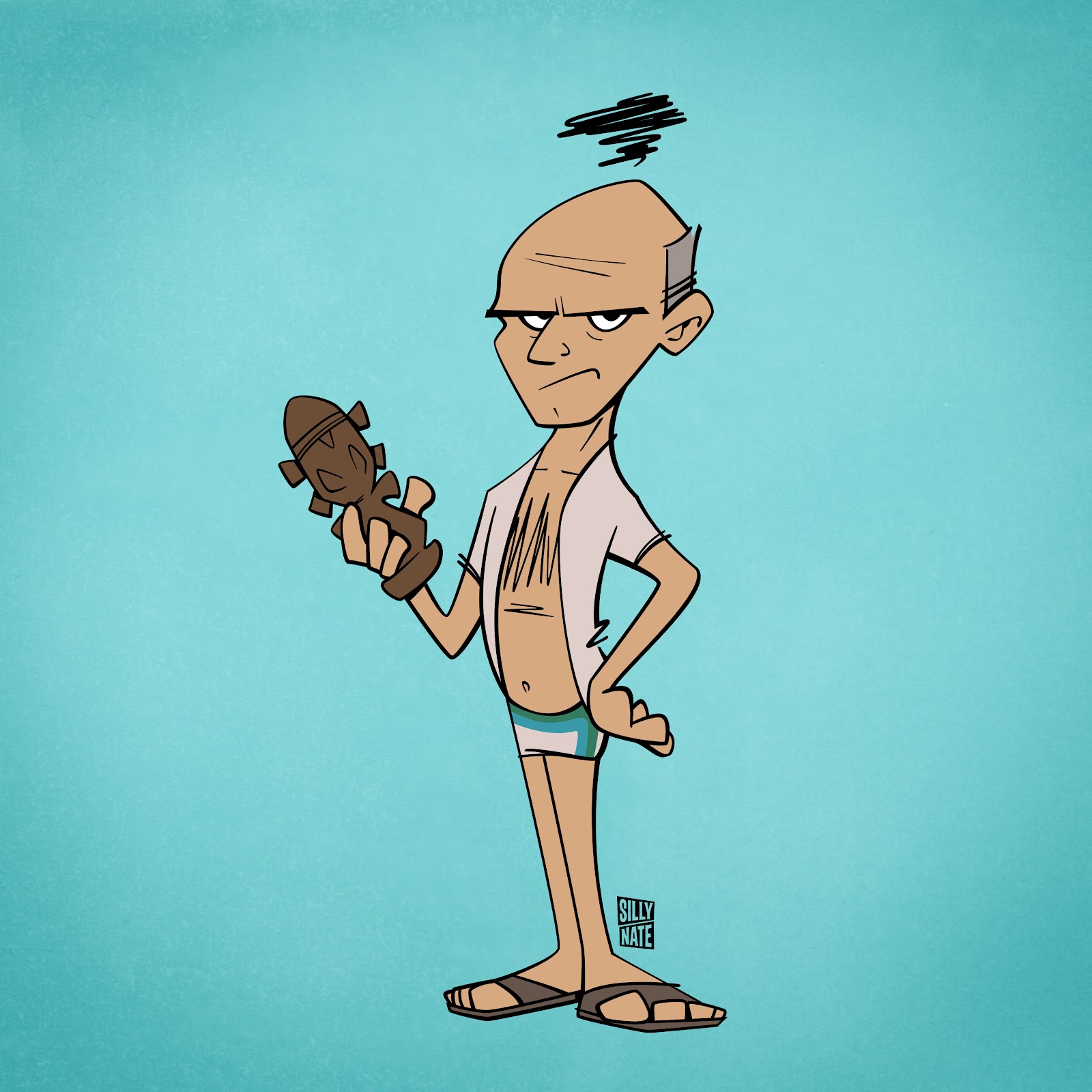 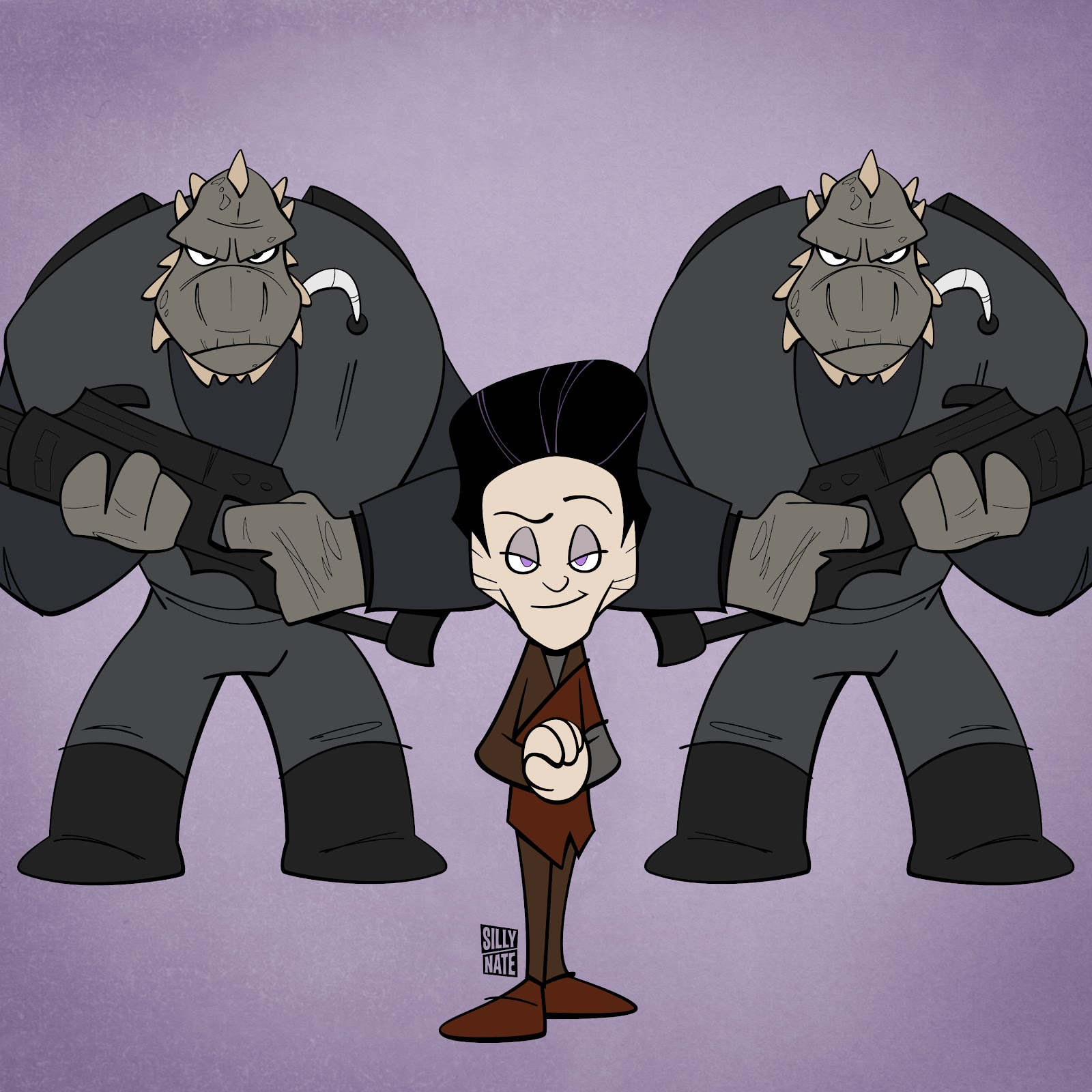 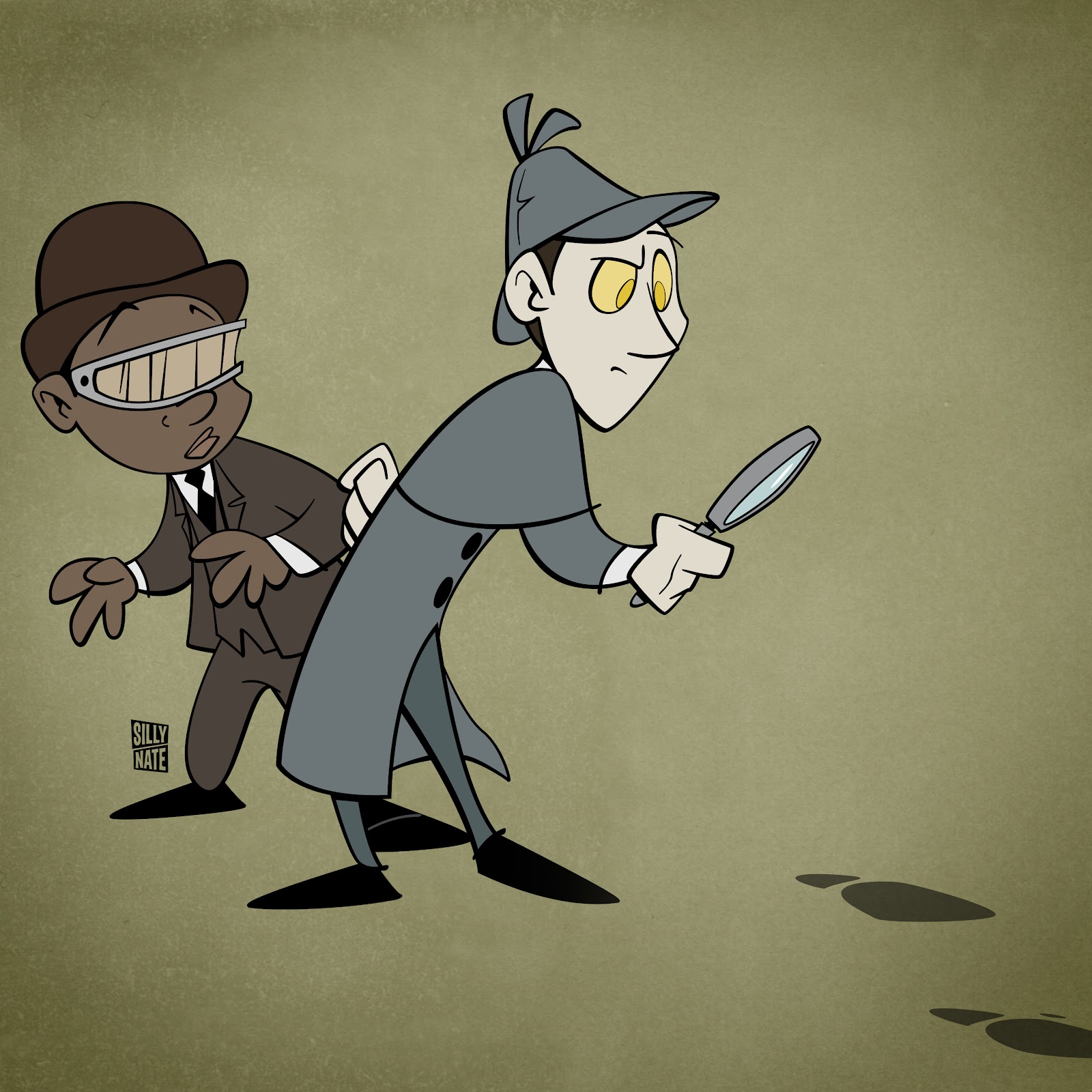 Just a Smurfload of Smurfs

I love drawing Smurfs. For example:

The Cinematic Universe – an interconnected world in which a number of different film franchises can coexist.

It’s no wonder the concept is as popular as it is. Studio bigwigs love them because they’re practically a guarantee of butts being in seats for years and years to come, and audiences love them for the sense of realness that comes with these fictional worlds having such a broad scope… when done right, that is.
As Han Solo would say, “That’s the real trick, isn’t it?” Because as great of a concept as a cinematic universe is, there aren’t many besides Marvel that are actually doing it right. DC is all over the place, the Wizarding World is just depressing, and Star Wars… well… let’s not talk about Star Wars.
One that I had genuine hope for, however, was the Hanna-Barbera-verse! (Don’t know if that’s actually what they were branding it as. Too many dashes.) This was to be a series of films focusing on the wide array of characters created by Hanna-Barbera Studios and set in one, as I said before, interconnected world, all kicking off with 2020’s Scoob! I’m not in showbiz, so I may be wrong, but as I understand it, after Scoob! didn’t perform as well as expected, plans for this cinematic universe came to a screeching halt.
I’m not here to trash Scoob! though. Instead, I think it would be way more fun to pitch WHAT I WOULD DO if tasked with giving Hanna-Barbera their own cinematic universe! So here it is! The first phase of what I’m calling the HBCU!

First of all, I think starting with a Scooby-Doo movie was a great idea! High fives all around! The key difference here, however, is that you make an ACTUAL Scooby-Doo movie. Get rid of all the Blue Falcon, Dick Dastardly, Jabberjaw, etc. and instead shift the focus onto what really defines the Scooby-Doo franchise, which is, I think, Scooby and his pals solving a spooky mystery.
There’s an adage that goes, “Show. Don’t Tell” and it’s definitely one that’s essential to creating a well-rounded cinematic universe. This is a brand-new take on the Mystery Inc. gang, so rather than starting them out as already established mystery solvers and talking about all the things they’ve done, let’s show them doing the things! Act as if no one has ever heard of Scooby-Doo before and introduce us to these characters at the beginning. In other words, this needs to be an origin story. How Scooby met Shaggy, Velma, Freddy, and Daphne. You basically take the first few minutes of Scoob! and expand it into an entire film. Sure, you won’t immediately get the fan-service stuff like epic battles with Captain Caveman, but we’re laying a foundation here! One brick at a time!

One reason why most people don’t tire of Marvel movies is because of their diversity in tone. Guardians of the Galaxy feels completely different from Captain America: The Winter Soldier, and because of such, the cinematic universe stays fresh AND broadens its scope. This is why, for the HBCU, we follow up Scooby-Doo by with a GALACTIC shift in tone.
Me emphasizing ‘galactic’ like that is my cute way of saying that Space Ghost is next. It’s a Space Ghost movie.
This one will scratch that super-hero itch that studio execs think people want from a CU, and is also obscure just enough to where the filmmakers can stretch their legs a little… creatively speaking. I’m not getting too much into the specifics of any of these, but for this one, I do have a fantastic voice cast in mind! Check it out:
Jon Hamm as Space Ghost
Mark Hamill as Zorak
Charlie Day as Brak
Ben Schwartz as Jace
Jenny Slate as Jan
I also think it’d be cool to get a huge star like Meryl Streep to play the villain Black Widow… Except you couldn’t actually use the name Black Widow, for obvious reasons. Spider Woman maybe? Even that sounds bland and a little Marvel-ish… I dunno! Like I said, there’s a lot of leg room in this cinematic universe. That’s one of the things that makes it so appealing!
Anyways, here is where you could start planting some seeds for things like Herculoids or The Galaxy Trio, but keep the references subtle and make sure that they, first and foremost, serve the Space Ghost storyline. Again… this is a brick-by-brick operation!

So, if you were going to break up the whole Hanna-Barbera brand into categories, you’d have the team of crime-solving teenagers (we’ve checked that box), the Alex Toth adventure stories (check), and next you’d have the just flat-out wacky cartoon characters. ‘Wacky’ of course, being the key word as the third film in our lineup is none other than Wacky Races!
Here’s where you really fly off the handle and establish just how out there this universe can go! Mobsters, hillbillies, cavemen, and of course, main staple Dick Dastardly! All in a fast-paced energetic romp with strong, diverse characters and infinite merchandising possibilities! We’re not just copying Marvel! The HBCU is its own thing, baby!

And to further show how we’re not just copying Marvel: each film will be preceded by a theatrical short! This way, we introduce such Hanna-Barbera all-stars like Yogi Bear and Huckleberry Hound right out the gate, and in the cartoon short format in which they originally thrived. These would pretty much be straight-forward cartoons, only they’d still exist in the same shared universe and could occasionally cross over with aspects of the films. For example, let’s say Scooby and the gang investigate a haunted amusement park, then in a later short, we see Augie Doggie and Doggy Daddy visit the same amusement park. Or maybe one of Birdman’s adversaries shows up later to take on Atom Ant. That type of thing. These characters could eventually get their own movie like a Yogi’s Ark Lark or Galaxy Goof-Ups, but when they do, the characters will already have a solid foundation established by these shorts and be ready to be taken to new heights on a larger cinematic scale.
PLUS… they’d be funny.
And there you have it. Phase One of some nobody on the internet’s pitch for a Hanna-Barbera Cinematic Universe! From here you have a jumping off point for all that crossover stuff that studios think the fans want: Velma Dinkley could get an internship at Quest Labs, Jabberjaw could cross paths with the crew of Sealab, the Jetsons could meet the Flintstones… again! And naturally, each of these occurrences would culminate in an occasional “event movie.” Laff-a-lympics maybe? …Probably something else. All the while keeping the focus on each individual story that’s being told. After all, the audience has to enjoy the individual elements of the universe on their own, otherwise they won’t enjoy the universe as a whole.
No comments:

ELSEWHERE ON THE WEB

Nathan H. Boyd
I'm a video editor that likes to draw and talk about nerd stuff on the side. This blog represents that "side."